It has been 46 years since the beginning of Mennonite Your Way! Since the release of the 1st directory, MYW has developed a rich history of community, fellowship, and hospitality. MYW gained new management in the fall of 2022 and that same vision still continues on today.

Meet the Burkholders! Jeff is the owner of BURK Digital, a website development company, and the IT Manager of MYW. Whitney is a stay-at-home mom of three children and does rental property management on the side. She handles MYW communications.

In 2017 Jeff developed an online platform called Anabaptist Rentals which offered similar functions as MYW. In 2021, Jeff contacted the Baslers to see if there was a potential to work together to accomplish their respective goals. Meanwhile, the Baslers were looking to pass on the responsibility of MYW to someone else due to family circumstances.
Both families are excited about the future of MYW and will continue to work hard to continue that legacy while inviting the younger generations to participate!

To create and foster a community in which like-minded believers can share in God-centered hospitality with love, care and trustworthy conduct. 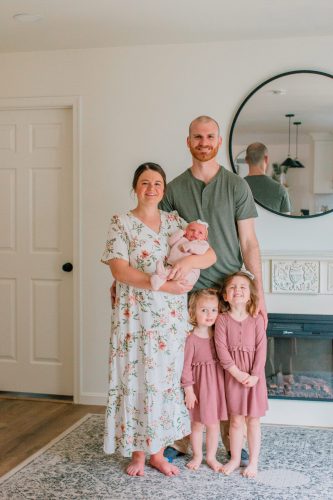 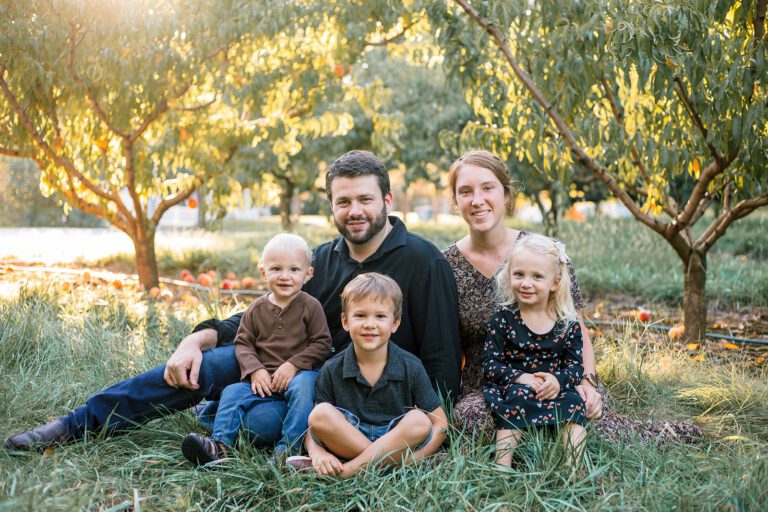 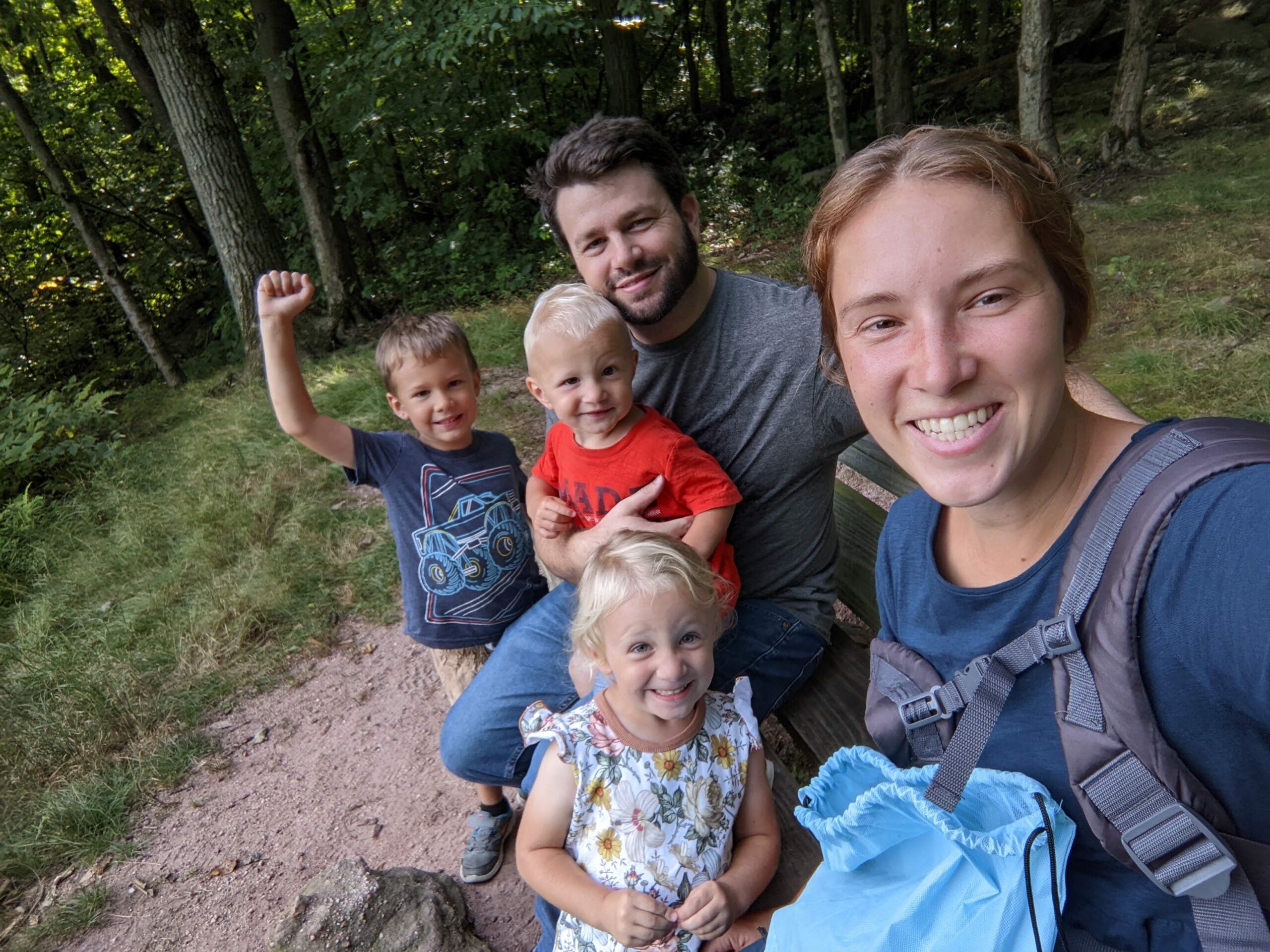 At Mennonite Your Way we want to promote an environment of biblical love, radical generosity and simple hospitality. If you can agree to hold these values central to your interactions with others, we would love to have you stay with us! 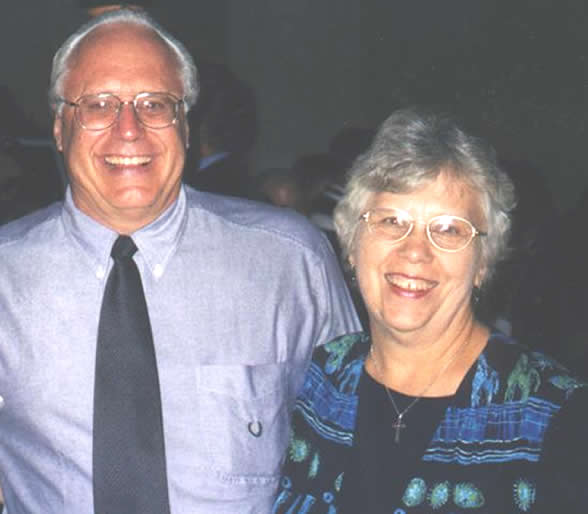 In 1976, Leon and Nancy Stauffer introduced the world to the first Mennonite Your Way Directory. The Stauffers started the adventure as a labor of love to the greater community of believers. In 2000, when the Stauffers published their last Directory, Nancy was quoted saying: “When we did the first directory, we had a very narrow vision. But people have used them for so many things.” Through MYW, people have found fellowship, beds, and breakfast. They also found doctors for sick kids, car repairs, long-lost college friends, and, in one case, a mate.

It was shortly after the first directory became available that a student from Phoenix, Arizona attending Bethel College in North Newton, Kansas introduced Jay and Glola Basler to Mennonite Your Way. The Baslers remember how reluctant their oldest son David was when they started out on their first MYW adventure. They stayed with some nice folks in Markham, Ontario during a family trip to Canada. The quality of life and gracious hospitality of these hosts caused David to ask if there weren’t some MYW hosts they might also visit on the way home. 25 years later, in 2001, Jay and Glola Basler took over the publication of the MYW Directory from the Stauffers. Jay and Glola were Presbyterian (Jay was a Pastor), but they had Mennonite roots in their family lineage. Jay and Glola faithfully served the MYW community for years, right up to the passing of Glola in 2018. It was much more than just a source of income for Jay and Glola. It was a ministry. The final Directory published by the Baslers in 2020 became a full family affair, with the entire family pitching in to make it happen. At the time, Jay had four grown children, twelve grandchildren, and two great-grandchildren.

In 2021, Jeff Burkholder contacted Jay Basler to see if there was potential to collaborate, unknowing of the Basler family situation and their desire to step back from MYW. When Jeff & Whitney learned of this opportunity, they teamed up with a family from their church, Cameron and Victoria Weaver and together they finalized the acquisition of MYW in October 2022. MYW underwent a rebranding with a renewed focus on engaging all generations.

Do I have to be a Mennonite to participate?

No, although many who participate in Mennonite Your Way are Mennonites, or from other Anabaptist fellowships, all like-minded people agreeing with this hospitality plan are welcome to be hosts or travelers using the directory.

Does Mennonite Your Way verify or endorse the guests or hosts?

No, Mennonite Your Way accepts no responsibility for transactions between host and guest, nor endorses either host nor traveler. In all relationships let love and generosity flourish.

How is property damage handled?

Normal wear and tear on a property are to be expected. If damage occurs, the guests should notify the hosts and are responsible for the repair or replacement costs of the damaged item (whichever is less). Mennonite Your Way does not provide or carry any insurance for property damage or injury. Neither will Mennonite Your Way be held liable for representing the property accurately or the safety of the property.

What if there is a dispute between a host & guest?

“If your brother or sister sins, go and point out their fault, just between the two of you. If they listen to you, you have won them over. But if they will not listen, take one or two others along, so that ‘every matter may be established by the testimony of two or three witnesses. If they still refuse to listen, tell it to the church. Matt 18: 15 - 17(NIV)

To apply this principle to this situation, we ask that resolution be sought by first speaking with the offending brother or sister privately. If the issue is not resolved then we suggest a meeting with other brothers or sisters (preferably pastors or church elders) to serve as arbitrators. If a resolution is still not reached MYW can remove the offending brother or sister from the platform. Mennonite Your Way will not accept any responsibility for damages or litigation. Please keep in mind that normal wear & tear is to be expected.

How do I make arrangements using the paper directory?

For the directory, travelers are responsible to make arrangements directly with the hosts by contacting them by email, phone, or postal mail. Normally those traveling contact their host a week or two in advance to see if the visit is convenient. However, if there is a special need, many hosts are willing to consider guests on "short notice". These hosts are noted in the directory listings by the letters "SN". Any special needs by hosts or guests should be discussed and agreed to by all before arrangements are confirmed. Expected arrival times, phone numbers, and the host's time zone and directions are shared as well. Travelers and hosts are asked to call if there is any change in plans

What is the cost to stay?

Paper Directory: a fair donation is requested by the host. A fair donation should be agreed upon before the guest's arrival. If breakfast or another meal is provided, an additional $5.00 per meal is suggested.
Online Platform: allows hosts to list the cost/donation they would like to receive for a nightly stay. The host may list extra costs for extra services like tour guide, airport pickup, hot tub use, etc.

How can I find out more information about a listing?

You will need to message the host directly. MYW typically does not know any more information on a listing than what is publicly in the listing.

Do I pay the host directly?

Online Platform: No, after you booking has been approved (some listings may automatically approve) you will need to pay MYW for your booking for it to be confirmed. MYW will then transfer the funds to the host's account.
Paper Directory: Yes, you will pay the host for your stay as the host requests (before the stay or during the stay)

Gifts are always a great way to show Christian charity and MYW's goal is to promote this behavior. However, gifts are not required or strongly suggested. It is up to you if you would like to bless your host with a gift.

What if I need to cancel my booking?

You will need to check the host’s cancellation policy. Refunds for cancellations are dictated by the host’s policy and are processed by the host. Please keep in mind that cancelling your booking close to the reservation date may leave the host without a booking to cover their costs. So, if a cancellation is necessary, please contact the host as soon as possible to allow the host to open up those dates for other bookings.

How much do I need to pay at the time of booking a stay?

Once a booking is approved (some may be automatically approved) 100% of the booking fee is required.

What are my responsibilities as a guest?

In keeping with MYW’s goal of fostering brotherhood and relationships among the Anabaptist/Christian community, we ask that all participants love their “neighbor” as they love themselves. As a guest you should:
1. Keep hosts updated to your plans (time of arrival, etc.)
2. Adhere to the “Property Rules” as given by the host
3. Value and treat the property as if it was your own
4. Give your host constructive feedback on their property & leave a helpful review

Do I need to create an account to be a guest?

Online Directory: Yes, everyone using the online platform must create an account. This will help MYW remove scam accounts form the platform and allows hosts to vet guest before the stay.
Paper Directory: Each potential guest will contact the host directly to request a booking and no account is needed.

I'm trying to get in contact with a host and cannot. What should I do?

MYW encourages hosts to respond promptly to allow guests to plan their trips, but MYW has no requirements for Host's response time and hosts have no obligation to accept a booking at any given time. "Report a host" would be a way to let MYW know. If a host repeatedly does not communicate with guests, we may ask them if MYW is the right community for them.

What is the cost to list a room/property on MYW?

At MYW we try to keep the costs as low as possible while still covering the costs of the directory & online platform. Publishing the listing is free but we charge 5% of the total booking in addition to passing on our 3% credit card processing fee to the host.

How does MYW protect my privacy and location online?

Can I list multiple rooms/properties on Mennonite Your Way?

Yes, there is no limit to the number of properties you can list for free. We especially encourage opening up extra rooms in your home to like-minded believers.

How do I receive payment for the booking?

Online Platform: Guests pay MYW for the booking. MYW keeps 3% for the credit card transaction fee & 5% to fund the platform and the rest is transferred to your account on the platform. To receive your money, a "payout" can be requested in your account.
Paper Directory: You and the guest will agree on payment terms directly. You can request prepayment or most hosts request payment during the stay.

What are my responsibilities as a host?

If you choose to list a property on MYW, you are ensuring the property is:
1. Accurately described
2. Safe
3. Can legally be occupied by a friend/guest

Host must also abide by any pertinent federal, state, or local laws. The Fair Housing Act makes an exception for “housing operated by religious organization and private clubs that limit occupancy to members”. Mennonite Your Way is simply a platform to bring Christian guests and hosts together and does not validate or guarantee any information in a property’s description to be accurate.

What should I do if an accepted booking no longer works for me?

If you have confirmed a booking that you would like to cancel, you can cancel it on the platform. MYW strongly suggests giving the guest as much notice as possible and a reason for the cancellation. Funds will be returned to the guest's account.